Anazasi beans, sometimes referred to as Aztec or Cave beans, are typically small, kidney-shaped beans that are instantly identifiable by their unique color. A bright, multicolored bean, the Anasazi possesses a deep shade of red splashed with a creamy white. Due to their distinctive pattern, Anasazi beans are often thought to be a predecessor of other beans found in the pinto family.

In addition to being a good source of fiber, dry beans are also an excellent source of potassium, folic acid and iron. While dry beans are known to contain certain carbohydrates that cause flatulence, the Anasazi bean has been found to contain less than 25 percent of these complex carbohydrates, making them much easier on the digestive system.

Beans are one of the most nutritionally complete foods available. Beans combined with grains lower cholesterol and reduce blood glucose to normal levels. (From Old Adobe Milling) 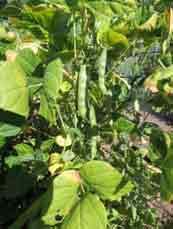 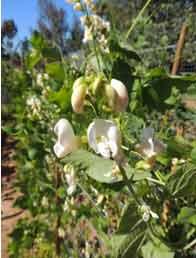 Native to the North American Southwest region, the Anasazi bean was named after the cliff-dwelling Native American people that inhabited the area now known as the four corners of Arizona, New Mexico, Colorado and Utah. The Anasazi bean is thought to have been a staple in the diet of the native people who lived in this region. While not much is known about the specific origins of the bean, evidence suggests that native people have been cultivating and consuming them for more than 1,500 years.

The Anasazi bean has a mild, sweet flavor with a slightly mealy texture, making it ideal for Latin, Mexican and Native American dishes. Known to cook much faster than ordinary pinto beans, Anasazi beans are often used to replace pinto beans in a variety of dishes including chili, soup and popular Latin dishes such as chalupas, nachos and refried beans. They must be stored in a cool, dry place until they are ready for use. Their sweet flavor pairs well with hot chiles, cilantro and lime. Try them in your next batch of chili. For more flavor, simmer the beans in broth instead of water and/or add coarsely chopped aromatics, such as onion, garlic, celery, carrot, ham or bacon. 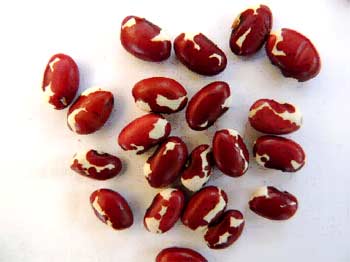 A Classic Combination of Flavors 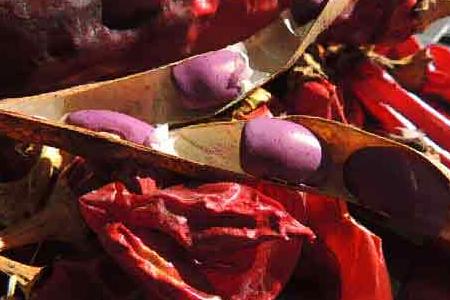 Our first harvest produced large amounts of Anasazi, Pinto, Mayocoba, and Tepary beans. The beans were grown organically using no pesticides and or artificial fertilizers. They were planted in late March through early May and harvested from August through October. They are available in 16 ounce bags, and 5 pound containers.  Click on