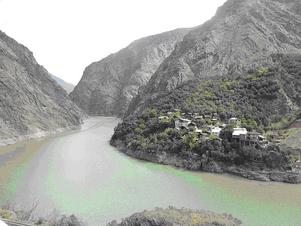 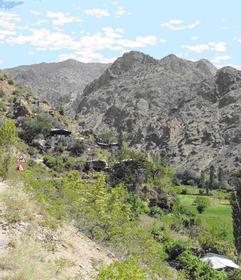 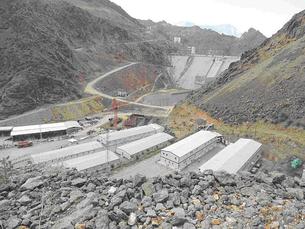 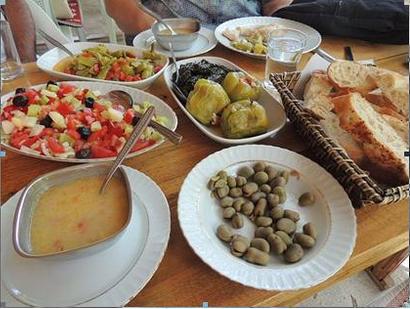 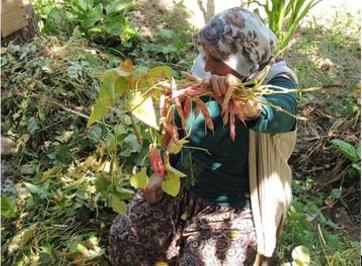 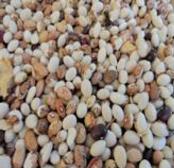 We traveled up the river to the Karahan Pension to meet another bean grower and have lunch. The beans were grown on the side of the river canyon and were predominately pole.

Turkey, 21 km in Georgia) and is one of the fastest flowing rivers in the world.  It rises from the Bayburt and Artvin provences,  passes from the border and empties in the Black Sea near Batumi in Georgia.  Because of its fast running waters, it's a very popular river for white water rafting in international standards.

While in there  we met and were befriended by the Turkish people whose hospitality and graciousness are known all over the world.  Our center of exploration was Yusufeli, an area soon to be flooded and buried under 250 feet of water by the  The Yusufeli  Dam project,  part of Turkey's national plan to expand its use of hydropower.

I took some Anasazi beans  along on the trip and had an opportunity to cook them for the owners of the small pension on the river below the town of Hempsin.  Our friend and GREAT Turkish guide

The most impressive thing about Yusufeli is the people who live there. 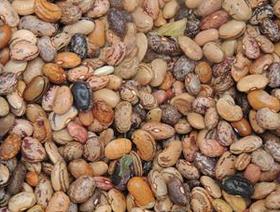 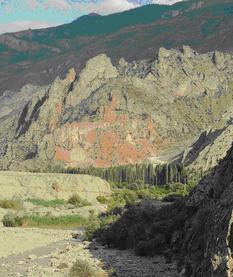 We were able to collect some very beautiful beans. 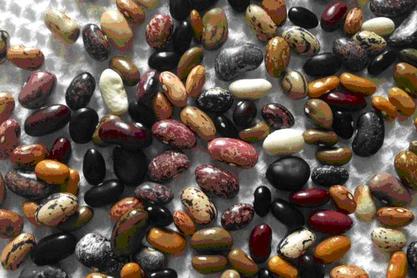 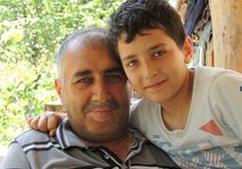 The people of Yusufeli have been waiting for the axe to fall for some time. One resident we interviewed said he had first heard talk of a dam forty years ago. Most people we spoke to said if it was going to come, it should come soon. All residents were unsure of their future. This is a problem without a satisfactory answer. Biodiversity is important. And yet if countries like Turkey want to develop, hydro-electricity is a clean, efficient way of doing so.

The Yusufeli project would directly affect 15,000 people, mostly ethnic minority Georgians, forcing many of them from their homes. Up to another 15,000 people could also be indirectly affected. 18 towns and villages, including the town of Yusufeli, will be completely or partially submerged by the dam. Much archaeological heritage would also be lost. 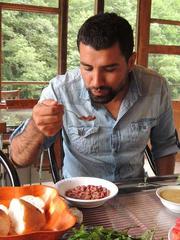 The major focus of our trip was to meet farmers and collect varieties of dry beans that had been grown in small villages along the Çoruh river in far northeastern Turkey. The Çoruh river is 431 km long (410 km within 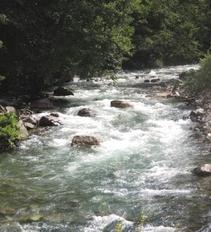 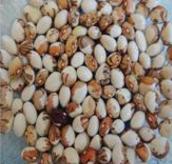 It's a sad fact that the proposed relocation of the population makes no provision for the reestablishment of an economic base to generate gainful employment opportunities for the population in agriculture or other activities that would assure their livelihood. The compensation offered for the destruction of their homes and community infrastructure is insufficient to enable them to purchase the new homes proposed by the authorities or to finance the reconstruction of community infrastructure.  A scenario  sadly found across the developing world.

We traveled west near the Black Sea then inland to Camelhempsin to meet other farmers and collect more beans. Note the rich variety below. 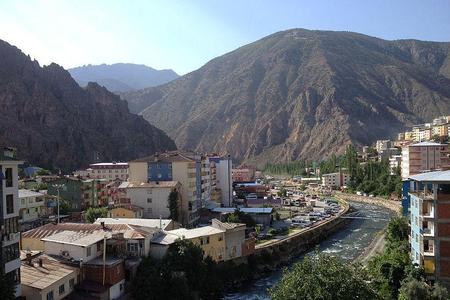 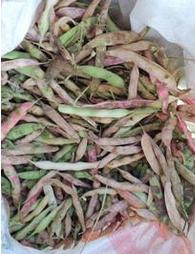 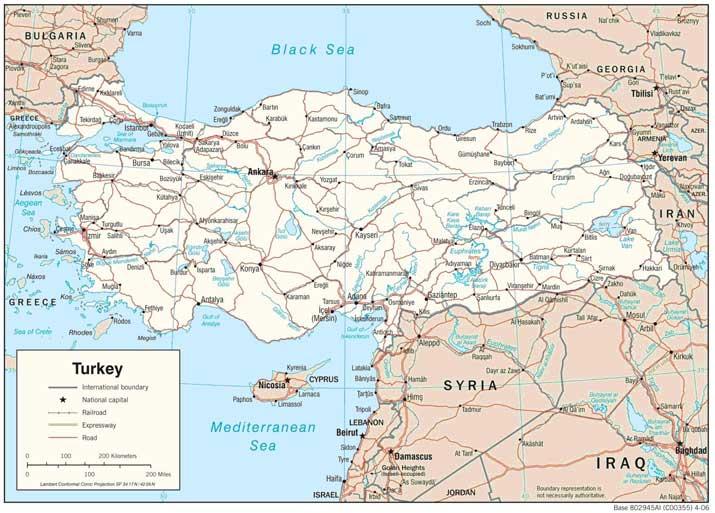 The picture above on the left shows the dam under construction and what the flooded valley looks like from the first constructed dam on the way to Artvin.

When the project is complete the town will be flooded. Imagine 250 feet of water covering the

During our time in Yusufeli we spent time with farmers who had been growing beans on their family land for more than 200 years.

We saw cranberry beans  being harvested  and collected 12 different varieties to be test grown in 2015.

the Anaszasi beans. It's interesting to note that he tried growing these at his home and very few beans were produced- a fact well known to me as I discovered in growing beans from Colombia and Italy with the same results.

town of Yuselfi pictured to the left. But the dam system will provide one tenth of Turkey's electricity.  At the moment Turkey's energy sector is dependent on dirty, expensive fossil fuels, which are imported. By capitalizing on the country's rivers, the state moves towards greater energy independence.

Yusufeli in the Kaçkar Mountains is famed for its wealth of plant and animal species. The rural areas are alive with bees buzzing, frogs croaking and the sound of rushing water. Brown bears roam the upper slopes of the mountains.  In the town, old men sit outside and play backgammon with a glass of Turkish tea to hand.  It's very picturesque and it's under threat from an unlikely source - the dam.

This is a huge project, which will eventually see up to 3,000 working dams all over the country. The Çoruh River, which runs through the town, will eventually have 15 dams on it.

Starting in July of 2014, we spent a month driving over 3000 miles throughout Turkey to collect beans. 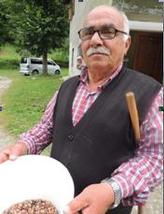